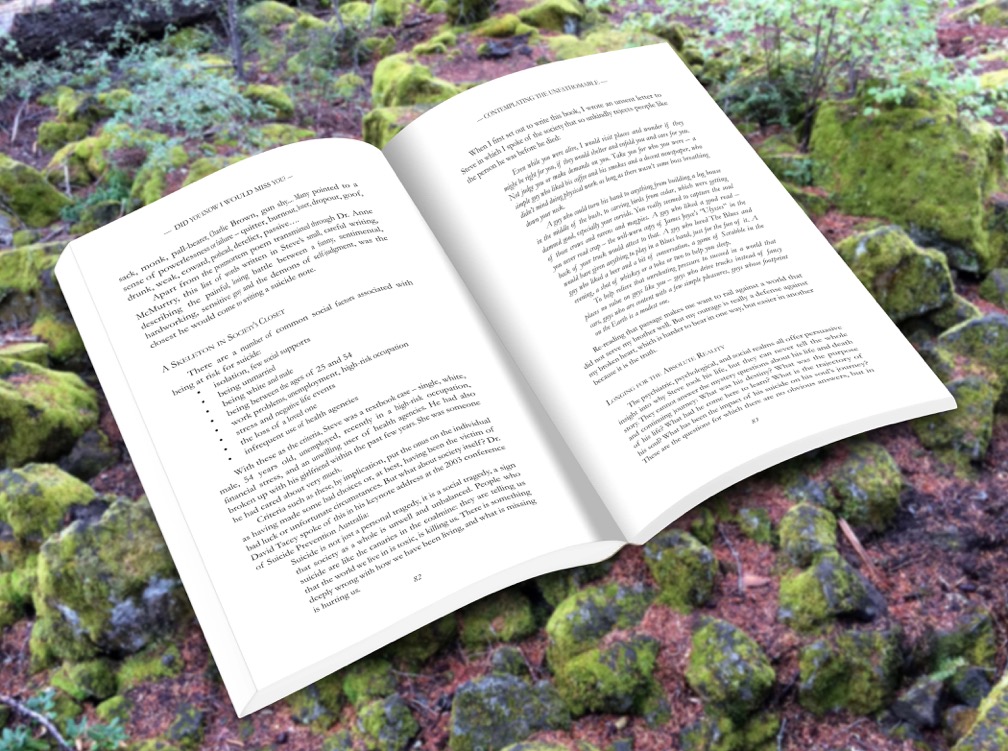 Did You Know I Would Miss You? began as a personal letter to my brother Steve, written four months after his death by suicide on May 16, 2004. I was one of a group of writers attending a writing retreat in the Cowichan Valley on Vancouver Island, BC, and found myself wondering if he would have liked it there:

“Maybe you would have found some peace here. Even while you were alive, I would visit places and wonder if they might be right for you, if they would shelter and enfold you and care for you. Not judge you or make demands on you.

Take you for who you were – a simple guy who liked his coffee and his smokes and a decent newspaper, who didn’t mind doing physical work as long as there wasn’t some boss breathing down your neck. A guy who could turn his hand to anything from building a log house in the middle of the bush, to carving birds from cedar, which were getting damned good, especially your corvids. (You really seemed to capture the soul of those crows and ravens and magpies.)

A guy who liked a good read – you never read crap – the well-worn copy of James Joyce’s “Ulysses” in the back of your truck would attest to that. A guy who loved The Blues and would have given anything to play in a Blues band, just for the fun of it. A guy who liked a beer and a bit of conversation, a game of Scrabble in the evening, a shot of whiskey or a toke or two to help you sleep. To help relieve that unrelenting pressure to succeed in a world that places no value on guys like you – guys who drive trucks instead of fancy cars, guys who are content with a few simple pleasures, guys whose footprint on the earth is a modest one.”

Download a sample chapter from Did You Know I Would Miss You? and find out more about this gentle soul, my brother, whom I still miss and always will.  Sample Chapter- Losing Steve